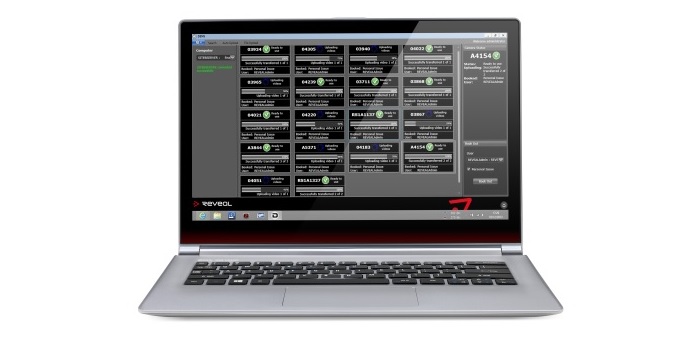 Reveal has been developing software for policing since 2002 and developed the first evidence management software for the national body worn video pilot in the United Kingdom. Since then, our cameras and software have always been developed in close partnership with end users. And we are continuously investing time in understanding how important the management of data is and the benefits the features of DEMS has.

Although the technology is still in its infancy in the US, it’s here to stay and we are committed to improving police services in departments large or small. DEMS has many distinctive attributes which enables its success amongst users and enables it to be a powerful tool.

Its simplicity allows it to be user friendly and reduce the amount of time it takes to train officers. Officer Joshua Jones of Pasadena PD told us: ‘I have heard no complaints from users- which is a good thing! With minimal training, officers have been able to search, review, and export their own videos. Ease of use with DEMs is the most highly rated characteristic.’

DEMS is flexible, scalable and able to meet any department’s needs. Depending on network capabilities and size of deployment, it can be installed as a standalone, network or cloud based solution.

‘We have found that we need more storage than we first expected, but because we are using Reveal DEMS, it’s all on our network stored on external hard drives.’- Covington PD

It’s fully automated meaning officers simply plug their cameras into a docking station at the end of their shift and go, while videos automatically upload to DEMS. Once videos are automatically uploaded, they are permanently deleted from the cameras and ready for the next user. A quick and simple process.

‘The automatic upload into DEMS is a great feature. It means there is less work to do manually and administrators are really positive about DEMS.’ –Covington PD.

DEMs comes bundled with our cameras and includes upgrades and support for the life of the camera at no additional costs.

DEMS allows you to choose how and where data is stored and managed, to comply with government and other regulations, and your organization’s policies which takes the burden away from officers.

‘When you have footage, you don’t have to go to court. And it’s reducing our court appearances significantly.’ – City of Clare PD.

In DEMS every video file is given a ‘digital fingerprint’ to maintain the chain of evidence. All files are stored securely and individual credentials are needed to access the system. You can also assign different levels of access based on user or group permissions. The flexibility of DEMS allows you to customize user permissions based on the agency’s policy as well as providing a complete audit trail of all actions performed on the system.

Digital evidence management software is a key element to any body worn camera project. Features such as simplicity, scalability, automation, security and others mentioned above allow it to be flexible to suit any department big or small, and help maximize the benefits and impact using an evidence management system can bring to police departments around the country.