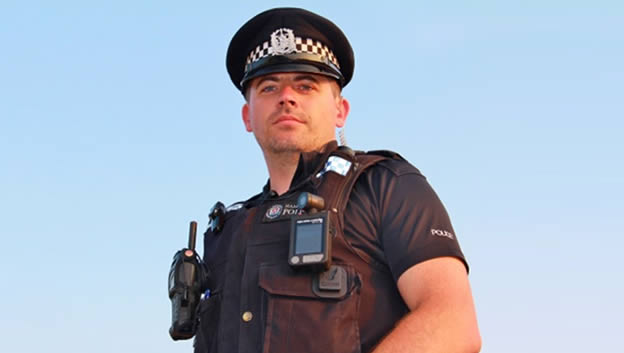 Hampshire constabulary have recently announced a drop in reported crime, despite having to save £80m by 2017. The government’s saving initiative has already resulted in 456 officer and 520 staff posts being axed since 2010, however crime reports show that Hampshire have still managed to maintain a consecutive 6 year reduction in reported crime.

The drops are, in fact, reported in almost all individual crime categories including knife and gun crime, thefts from vehicles, robbery, criminal damage, anti-social behaviour and violence against the person in which the victim was injured and assaults which are classed as ‘less injury’.

Detective Chief Inspector (DCI) Tara Williams explained how using technologies like Reveal RS3-SX body cameras enabled them to operate “in a more streamlined way” and maintain an efficient and effective force in the face of significant cuts:

‘The force is very proud. Everything we do and everything we achieve is around victims and witnesses and putting victims at the heart of our investigations.

‘We have been working with technology such as mobile data and body-worn video, which is such a powerful thing.’

Reveal body cameras all feature front facing screens, which have been found to deter crime and quickly resolve conflicts. Body-worn video also allows officers to record evidence digitally, which the Home Office found to reduce time spent on paper work by 22.4%. These are just two reasons why Staffordshire’s Police and Crime Commissioner Matthew Ellis said that Reveal body cameras “are exceptional value for money” which will “free up officer time and create thousands of extra hours of visible policing.”

It has been estimated that Hampshire Constabulary will have to continue to shrink to meet the demands from the government for 2017. However, senior officers have vowed that victims will remain at the heart of policing, and Reveal body cameras will be one of the ways they will achieve that.