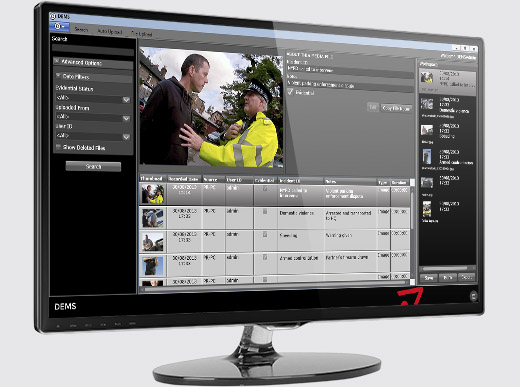 “Following President Obama’s request for $75 million over three years to fund the purchase of body cameras for police officers in his recent budget – with an objective to make the use of body cameras a core part of day-to-day law enforcement operations.”

“While the legislative outcome will no doubt remain a matter of debate, body cameras are gaining favour due to studies indicating that wearing cameras are associated with dramatic reductions in use-of-force and complaints against officers.”

“The University of Cambridge’s Institute of Criminology conducted a 2014 study, for example, that found body-worn cameras reduce the use of force by roughly 50 percent and that complaints against police dropped 90 percent year-over-year.”

He goes on to say, “In order for body cameras to deliver on their full potential, however, local law enforcement agencies must grapple with a substantial increase in the amount of video footage that needs to be processed, stored and accessed for both internal and external use.”

Continued, “the challenge comes down to data storage: Who will be responsible for downloading the video?  How will it be stored and for how long?  What about its use in criminal proceedings – will it be accepted in a court trial?  Will it be considered physical evidence and require chain-of-custody handling or other special types of controls? Every law enforcement agency needs to carefully consider how they will use this footage and how they will store and protect it.”

In 2007, the Home Office Scientific Development Branch published a paper giving guidance on the ‘Storage, Replay, and Disposal of Digital Evidential Images’. The flow chart below shows how from the point of generation of video by an officer, the recommended process that be followed – largely unchanged since. Most importantly however, research and planning is key to a successful body worn video project, especially in terms of storage after the fact. 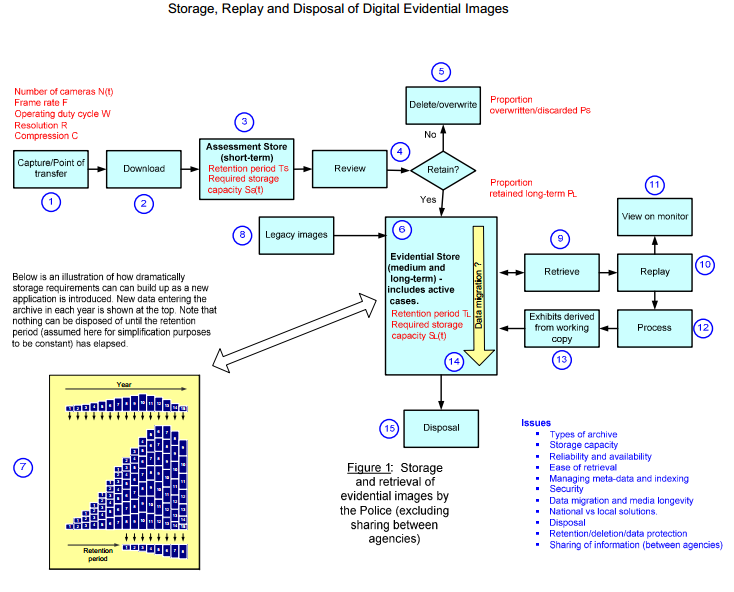 Mr Rana says “Once the video files have been retrieved from the camera and downloaded into the storage system, the agency must consider how to store all of the additional video data.”

“Most daily footage will be non-evidentiary videos that will play no part in an investigation or prosecution.  Videos from these encounters, such as aiding a stranded motorist, will not require long- term storage, making it a good candidate for cloud storage.”

“Evidentiary footage will need to be stored for longer, and it will often have to adhere to more stringent regulations affecting access, making on-premises storage a more viable option.  These evidentiary videos should be separated according to the seriousness of the crime.  The videos surrounding minor infractions, such as routine traffic tickets, would not have to be retained as long as the video from more serious incidents, such as a homicide.  This variation in on-premises retention times equates to significant cost differentials.”

Reveal’s DEMS (Digital Evidence Management System) was created in order to allow for secure transfer and storage of footage, exceeding recommendations by official bodies and scalable for various sized operations. Additionally, it supports local and cloud storage, and is already serving one of the largest body camera projects in the world with Hampshire Constabulary.

“Agencies moving toward body cameras need to take all of these considerations into account before they implement their new video requirements. If done properly, they will be saving time and money as well as a large number of headaches.”

If you wish to find out more, visit our Knowledge Bank