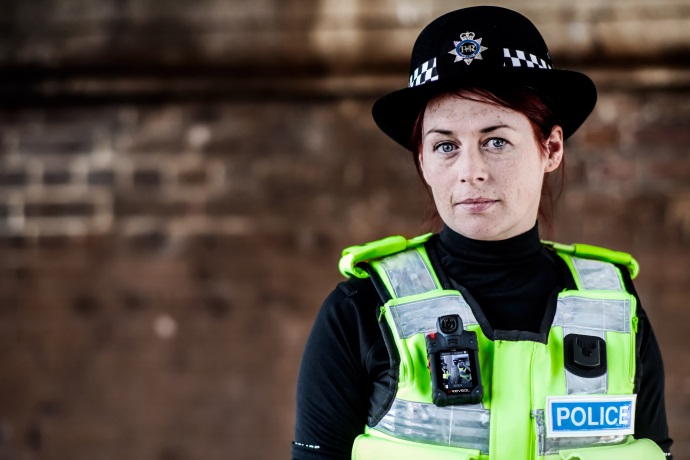 A 25 year old man has been jailed for a “shocking and brutal” attack on a female police officer from Hampshire Constabulary, who recorded the event on her Reveal body camera.

Sgt Kerry Lawrence was in the process of arresting the man, named Radbourne, in Basingstoke last summer for alcohol related offences when he suddenly pushed her and launched his attack which involved “smashing” her head on the pavement twice.

Winchester Crown Court heard she was "fortunate" to be alive and "honestly believed she was going to be killed".

Sentencing, Judge Susan Evans said the effect of the attack on Sgt Lawrence, who was in the armed forces for seven years and has been with the police for a decade, was frightening.

She said: "She was distressed at how her family would react. She had difficulty sleeping and has been playing the incident over in her head.

"You took away her confidence."

She added: "To bang someone's head on the pavement is an incredibly dangerous act.

"You made off from the scene but thankfully others came to her aid."

In mitigation the court heard Radbourne, of Flaxfield Road, Basingstoke, who pleaded guilty, had no history of violence and was well regarded by colleagues in his construction jobs.

But he was sentenced to 36 months in prison, with half to be served on licence.

Simon Clark, Senior Crown Prosecutor for the Crown Prosecution Service in Wessex said: “Craig Radbourne launched an attack on Police Sergeant Kerry Lawrence on July 6, 2014 in a Basingstoke street, while she was acting in the ordinary discharge of her duty. Radbourne’s attack on Sergeant Lawrence was captured on her Body Worn Camera.

“She was forced to the ground by Radbourne who bashed her head to the ground on a number of occasions before making his escape. Fortunately, the officer’s injuries were not as serious as first feared.

"Any assault on a public servant during the course of their duty is a substantially aggravating factor when considering sentence and this was drawn to the attention of the Court."

He said: "I am disappointed that Mr Radbourne has only been sentenced to three years in prison for the extremely violent assault against Sgt Kerry Lawrence. I would hope that he is made to serve the full sentence.

"When Sgt Kerry Lawrence attended a suspected break-in involving Craig Radbourne, she was simply doing her job as a neighbourhood police officer providing the service that the majority of the public want.

As many police officers do on a daily basis, she put herself between the offender and a member of public - risking her own welfare.  As a result she suffered a horrendous attack by Mr Radbourne - all of which was captured on Body-Worn Video (BWV).

"Through this footage, the judges were able to see for themselves the aggravated abuse that Kerry suffered."

Learn more about the camera being used by Hampshire Constabulary