This article was originally posted on DW.com, you can read the full article here. 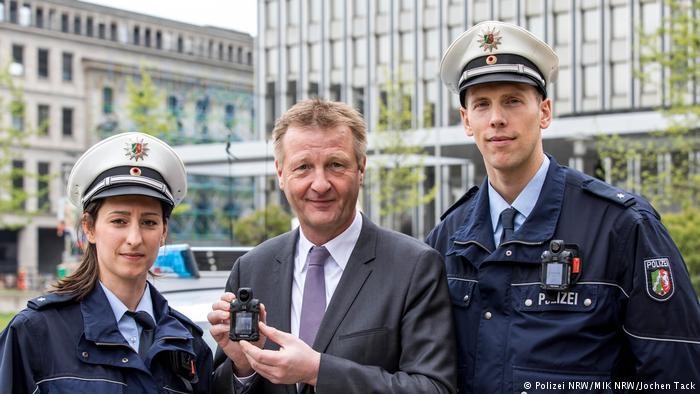 Police in the North Rhine-Westphalia (NRW) state of Germany have started a 2-year trial of Reveal body cameras, after rising violence against police officers.

The Minister of Interior NRW, Ralf Jäger, initiated the roll-out of the new body cameras to police earlier this week (pictured above).

The pilot project will span across five police departments, in the cities of Düsseldorf, Duisburg, Cologne and Wuppertal and in the district of Siegen-Wittgenstein.

"With this pilot scheme we want to test the cameras' de-escalating effect in our officers' regular working environment," Jäger said at the press conference. "We want to find out whether we can decrease the number of attacks on officers by employing body cams."

Erich Rettinghaus, head of the police union in NRW, said "We are hoping it will have a strong preventive effect."

"The people who encounter police with body cams will be able to see themselves on the camera's screen.

“We hope that they'll be put off if they were going to use violence, thinking ‘Ugh, if I'm being recorded, there's no way for me to get out of this one.'"

The pilot project will be evaluated by researchers at the University of Applied Sciences for Public Administration and Management of North Rhine-Westphalia (FHoeV NRW).