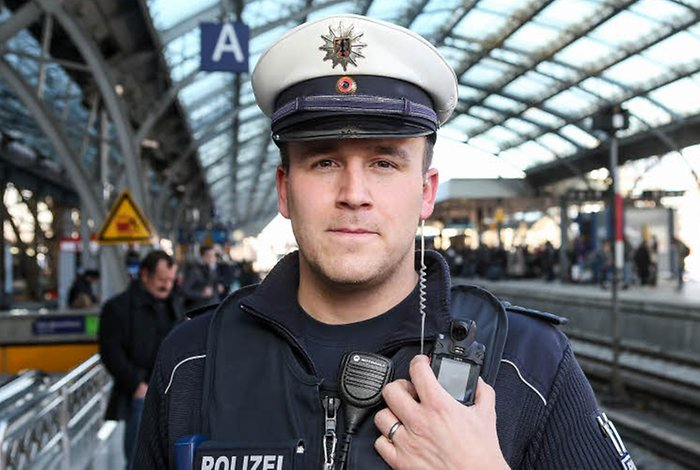 In 2015, there were 3,929 reported cases of violence against police in Germany.

The Federal Police in Cologne have conducted a field trial of Reveal’s body worn video and have plans to use them on a force-wide scale. Helmut Lagenbach from the Federal Police Inspectorate of Cologne, stated that it made sense for every police officer to wear a body worn camera as officers face unpredictable situations on a daily basis. He went on to say that the body worn cameras are an important instrument for police work and his aim was to have Reveal’s body worn cameras readily available for the patrol teams in Cologne.

Jan Fusswinkel, an officer who wore the Reveal body camera said that the front-facing screen had a calming effect on suspects, and that they showed more caution when in the presence of a body camera.

Footage generated from the body worn cameras are managed through DEMS (Reveal’s Digital Evidence Management Software), which allows footage to be viewed and stored, for a minimum of 30 days. The footage can then be used as evidence if necessary. In Cologne, the body worn cameras have already proved to be a beneficial investment by the Federal Police. In two recent cases, the footage recorded on Reveal’s body worn camera disproved allegations of excess force and planting of drugs. The footage showed the allegations to be false, saving police time, and both cases resulted in criminal proceedings.

Langenbach is keen to implement the body worn cameras across the force in time for the upcoming celebration day ‘Silvesternacht’.