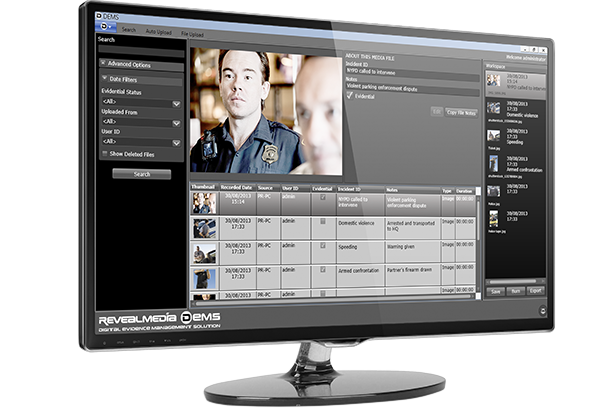 Today’s modern storage challenges present a problem to individuals and agencies around the world who are considering implementing body worn video. Specifically, a lack of information surrounding the storage options and costs exists, often meaning those communities calling for body cameras find someone's hand in their local budget, with steep cloud-based storage costs projected over the years.

This issue has been identified as acting as a deterent to those who feel they simply cannot afford body cameras due to such costs. Baltimore Mayor Stephanie Rawlings-Blake questioned where the money to fund body worn video schemes would be sourced.

In December, she vetoed a proposal that would have required officers to wear cameras because she didn't believe the costs and other details were adequately considered. City officials estimated costs up to $2.6 million a year for storage and the extra staff needed to manage the video data. In similar communities questions have been asked as to where the money will come from, with allusions to raised taxes and service cuts to make up the shortfall.

DEMS is a powerful tool built by Reveal specifically for the secure storage, management and exportation of any amount of digital data - large or small - whilst always remaining incredibly simple and easy to use; with security and scale in mind.

As standard, all Reveal cameras are sold as a bundle with DEMS, and those looking to store footage in the cloud do not have to face large expenses to do so. Reveal will work with a secure cloud storage provider which will charge a fraction of the price that some departments are facing. The importance of choosing the right DEMS deployment scenario is key to a successful body worn video project, and avoids wasting the valuable resources available, already stretched by hundreds of other considerations.

From lone-workers to whole police departments, Reveal is committed to ensuring that no individual or agency should suffer the lack of body worn video where it is needed – and without the scale of some charges institutions now have to face in the years to come.