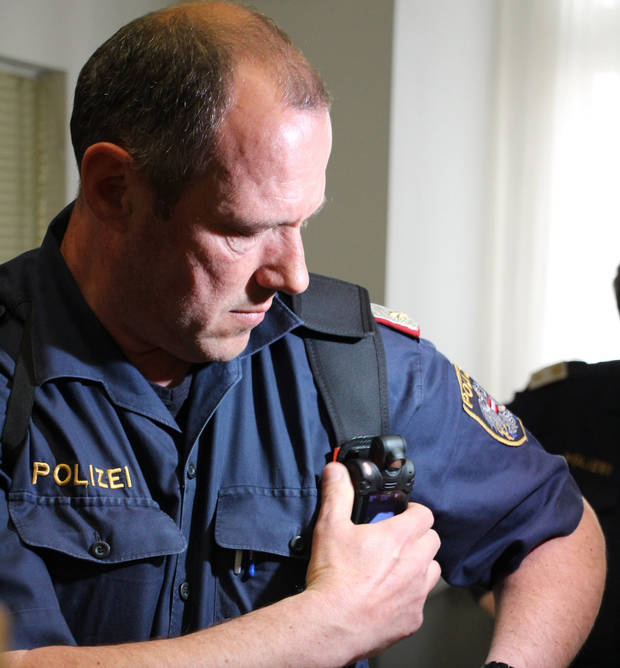 Austrian Police have discovered that Reveal body cameras can positively affect 95% of people by making them calmer when interacting with police. Commander Reichmann said “Especially in our area of ​​operations in the Bermuda Triangle, this is a great advantage”.

The Reveal cameras have only been deployed since mid-march, but the positive effects are already being noticed and are quite exciting. This effect is in part due to the unique front facing screen design of the body camera, which displays footage in real time as it is being recorded. When a reasonable person can see themselves on a screen, it has been found that they alter their behaviour favourably.