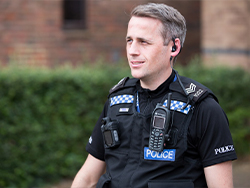 Operation Hyperion was a pioneering initiative between Reveal, Hampshire Constabulary and the University of Portsmouth, which evaluated the impact of issuing all police officers on the Isle of Wight (IoW), UK, with body cameras. Beginning on 1st July 2013, this first of its kind study was based mainly on a series of measures in the year prior to the cameras being issued compared to the same measures in the year after issue, with some impressive results. 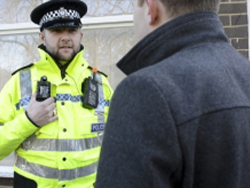 Othello is head of the security team at the Hard Rock Café in Gothenburg, Sweden, and finds body worn video vital to his work. 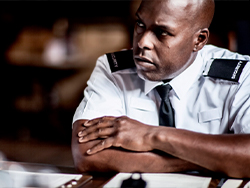 Colin Green is the security manager of Southern Railway who, when first looked at the introduction of body cameras, managed a team of Rail Neighbourhood Officers operating on trains and stations in the south of England. Colin is looking into the feasibility of purchasing more Reveal body cameras in the future to make the equipment personal issue. 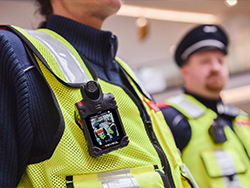 Ramin Amiri is employed by prestigious security company City Protection Group (CPG) as head of security at an electronic store in Sweden by day, and by night is a bouncer at a popular weekend night club. He uses two types of Reveal camera in his work, and finds them both to be very useful in gathering evidence - and particularly in deterring.