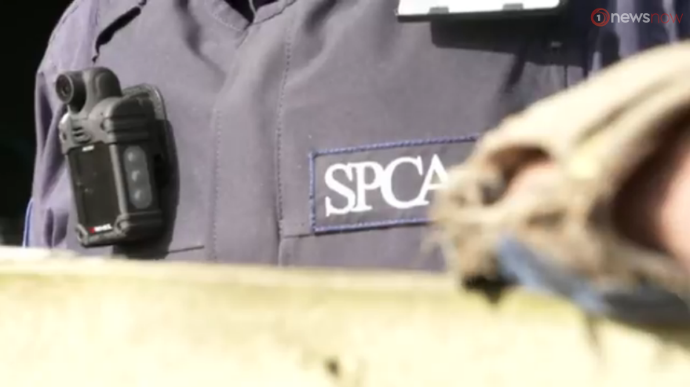 A major news station in New Zealand has reported that despite 60% of the animal-loving nation owning a cat or a dog, Reveal body cameras are being used by animal welfare officers to capture “the good, the bad and the very, very ugly”.

SPCA patrol officers can often have ugly run-ins with bad pet owners as part of their everyday patrols. Animals who have suffered abuse or neglect are removed by the officers by law which can provoke anger and aggression.

Kevin Plowright has been an SPCA Inspector for more than a decade, and is well aware of the risks of the job which requires him to wear a stab proof vest. He said that people can become very demanding verbally when the officers have to get involved.

“They’ll be threatening and angry. They’ll yell get off my property, that sort of stuff” He said.

But perhaps more powerful than the stab proof vest he wears is the Reveal body camera which acts like a mirror by showing what’s being recorded in real time on the large front-facing screen. Plowright said that the screen made a real difference to the way that owners conduct themselves when he is doing his job.

The news station added “The body camera is like a mirror, you get to see exactly what your behaviour looks like to other people… When you turn a camera onto someone, it certainly changes their behaviour. It really does. If you hold a mirror up to someone they switch.”

“It’s a job that just got a little easier, thanks to a mirror”

As well as making their jobs a little easier, the Reveal body cameras are actually protecting the officers who wear them. By changing the behaviour of aggressive owners, Plowright and his colleagues are less likely to be verbally and physically attacked.

As well as protecting officers, Reveal body cameras play a vital role in collecting evidence. In the case where an encounter turns sour, the body camera captures everything exactly as it happened, which continues to protect the officers even in the court room.

“Defence lawyers come up with imaginative versions of what happened” Plowright said, “but the camera shows what does happen”