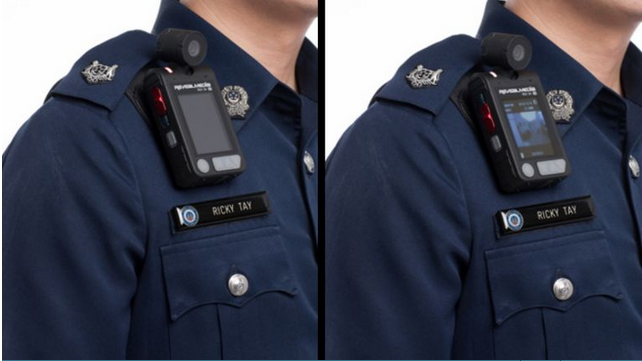 Singapore police will be taking part in the move of supplying officers with body cameras by deploying body worn cameras across all of their Neighbourhood Police Centres (NPCs). Police officers in Singapore will be fully equipped by the end of January with Reveal’s versatile RS3-SX camera. The distribution of cameras will start in the Bukit Merah West NPC and will be deployed at five other NPCs by the end of June 2015.

Like many other forces around the world using Reveal cameras, Singapore police have stated that the camera will be worn in a visible manner. The officers will switch them on in certain situations by using Reveal’s unique one touch record feature where the camera’s LED indicator will blink red and the footage will appear on the cameras front facing screen.

In addition to using  Reveal’s RS3-SX body camera, the forces will be using DEMS (Reveal’s Digital Evidence Management Software) to manage their data. This has allowed the Singapore police to put in place strict safeguards and limits on the use of footage. Through features such as DEMS’ retention policy feature, footage will be deleted after 31 days, unless it is required for official use.

Singapore Police Force say the aim of supplying officers with the body cameras is to enhance frontline crime fighting capabilities. Deputy Commissioner of Police Lau Peet Meng says body worn cameras will “facilitate police investigations and the gathering of evidence". This is proving to be the case as confirmed by Police in the UK.

Lastly DC Lau says the overall aim is to also provide a safer and more secure city to which 5,469,700 citizens call home.

“The body-worn camera is part of the SPF’s technology roadmap to improve the effectiveness and efficiency of policing in Singapore for a safe and secure home for all of us".

Learn more about the RS3-SX