In Focus: One Year Later With Covington Police Department

Just over 40,000 citizens call the city of Covington, Kentucky, home. Situated in the Upland south region of the United States, it became home to a body worn video project in January 2014. One year on, how have the 80 Reveal RS1-SX body cameras faired?

Sergeant Ronald Trenkamp is a 25-year veteran of the police department and a native of Covington. He is a graduate of Holmes High School and graduated from Northern Kentucky University in 2008 with a degree in Computer Science. In 2012 he was awarded for his outstanding service to the force and since January 2014 has been coordinating the body worn video project. 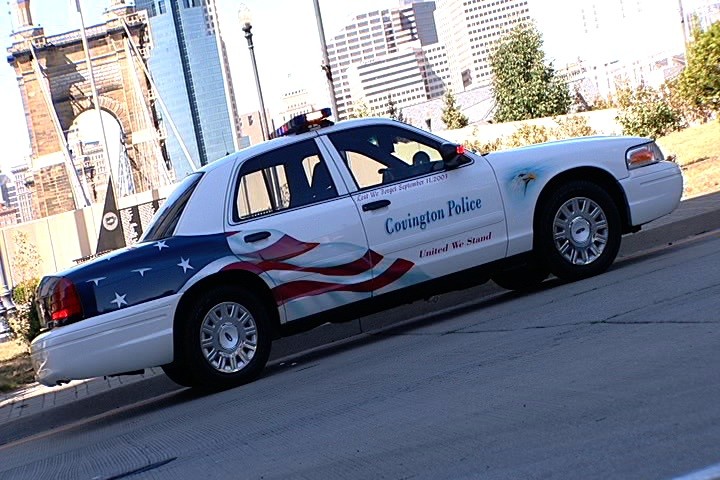 Covington responded to requests for body cameras by members of the force, after receiving a substantial donation their dream became a reality. Reveal caught up with Trenkamp to find out more.

A key element of a successful body worn camera program is knowing your mission, which Trenkamp shares:

“Simply to document incidents between officers and the general public. Our hope has been that the cameras would assist in criminal prosecution by providing an independent eyewitness account of what happens during interactions with citizens that end up being charged criminally. Our hope is that the public will see us as transparent public safety agency. We believe the public is that much better served when the officers have this eyewitness tool available to them.”

When asked if the project had been successful, the question was met with a resounding “Yes!” Officers of the department are also keen on the various features of the camera, such as the front facing screen, Trenkamp “like(s) them".  Some officers use the cover on the camera so that there are no lights showing." This is an option that plainclothed officers might take whilst driving at night, to avoid detection.

He also noted how the articulated camera head accommodates the different heights of the officers, a design philosophy based on the idea of the tool being easy to use for officers. Also that philosophy extends the easy one-touch record button – “We love it even more!”

Naturally, to ensure you’re getting the best product for the right price, other major brands like were tested, “initially purchased cameras that were not weather hardened and did not withstand the harsh elements that officers work under. We also tried VieVu cameras. The videos on Reveal were better.” Meeting industry, security, and privacy standards is a key priority for Reveal, and it is recommended not to opt for a sub-par device for a cheaper price.

Reveal is proud to have cameras that serve alongside officers on the frontline and a supportive, knowledgeable team behind the scenes. Trenkamp fed back that he has “been very happy with the people at Reveal. Working with Gary, Alaa and Ellie has been great.”

Speaking on behalf of his colleagues, Trenkamp and his colleagues are positive about the future of the program, and would recommend Reveal body worn video cameras to other agencies.